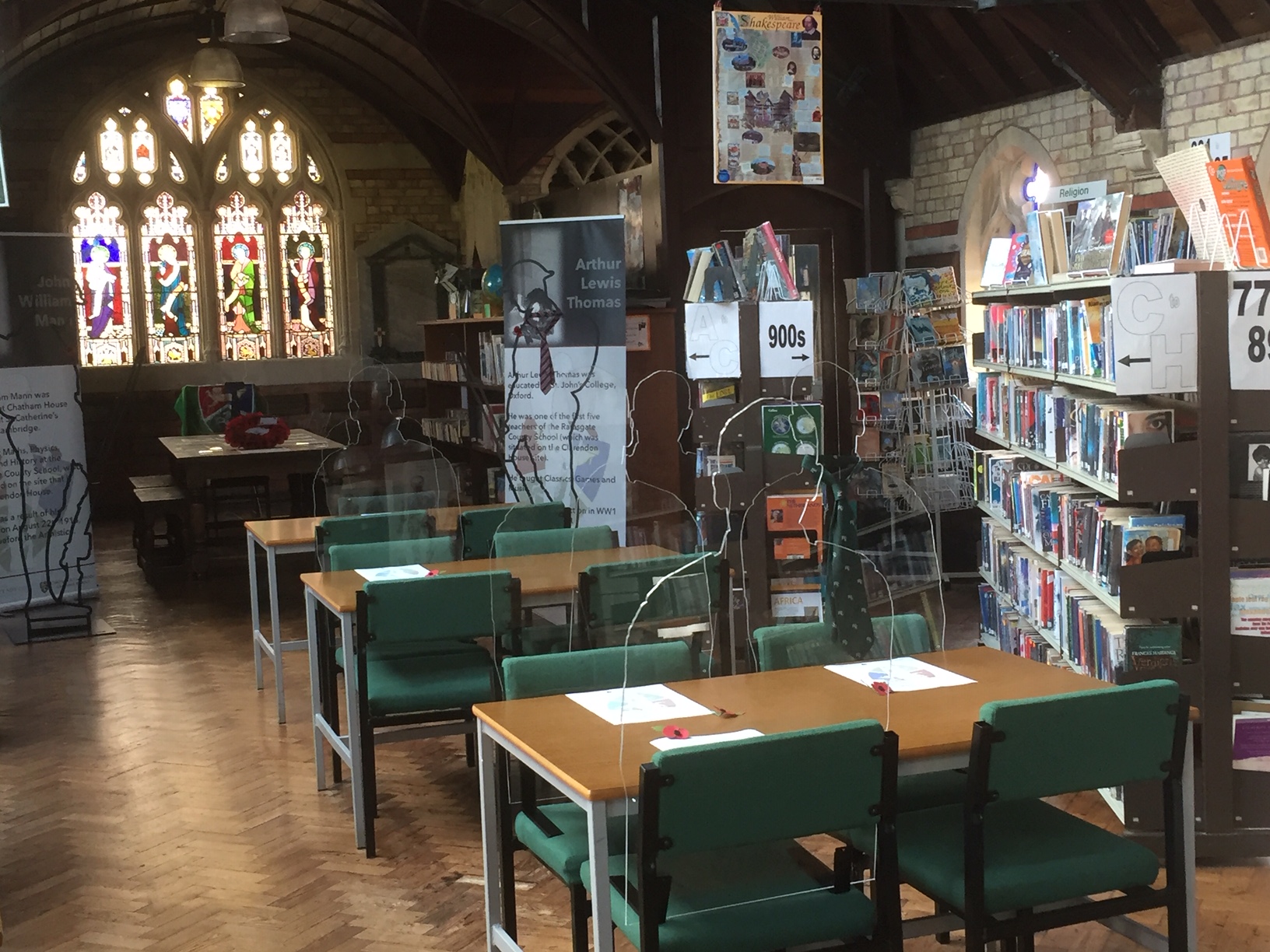 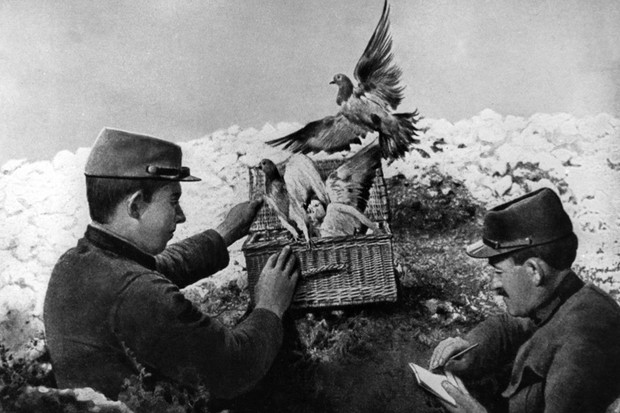 What a moving display in the library over the Remembrance weekend. I was peeping in to see why there were people in there on a Saturday, and realised they were all there to see the exhibition and remember students and staff from a century ago, who died so that we… people and pigeons alike… could be free.

Did you know that pigeons were used extensively in the world wars? Last weekend I flew (ok, I hitched a lift most of the way) up to Bletchley Park where the codebreakers worked throughout WW2. It was interesting but it wasn’t until we reached the end that I became really excited. In the last hut there was a WHOLE HUT dedicated to us; to pigeons!! There was a film, and photos, and lots of objects connected to us. I had to be a bit careful as some people thought I was a live exhibit, though surely I don’t look old enough to have flown in the wars?

Wikipedia says about us in the First World War…

Homing pigeons were used extensively during World War I. In 1914, during the First Battle of the Marne, the French army advanced 72 pigeon lofts with the troops.

The US Army Signal Corps used 600 pigeons in France alone.

One of their homing pigeons, a Blue Check hen named Cher Ami, was awarded the French "Croix de Guerre with Palm" for heroic service delivering 12 important messages during the Battle of Verdun. On her final mission in October 1918, she delivered a message despite having been shot through the breast or wing. The crucial message, found in the capsule hanging from a ligament of her shattered leg, saved 194 US soldiers of the 77th Infantry Division's "Lost Battalion"

United States Navy aviators maintained 12 pigeon stations in France with a total inventory of 1,508 pigeons when the war ended. Pigeons were carried in airplanes to rapidly return messages to these stations; and 829 birds flew in 10,995 wartime aircraft patrols. Airmen of the 230 patrols with messages entrusted to pigeons threw the message-carrying pigeon either up or down, depending on the type of aircraft, to keep the pigeon out of the propeller and away from airflow toward the aircraft wings and struts. Eleven of the thrown pigeons went missing in action, but the remaining 219 messages were delivered successfully. Pigeons were considered an essential element of naval aviation communication when the first United States aircraft carrier USS Langley was commissioned on 20 March 1922; so the ship included a pigeon house on the stern. The pigeons were trained at the Norfolk Naval Shipyard while Langley was undergoing conversion. As long as the pigeons were released a few at a time for exercise, they returned to the ship; but when the whole flock was released while Langley was anchored off Tangier Island, the pigeons flew south and roosted in the cranes of the Norfolk shipyard. The pigeons never went to sea again.

Oops, that last bit isn’t so good; still, we had a pretty good record at helping you all. So what I want to find out now is; do I have any relatives who worked in the wars? And… when is there going to be a book written called “War Pigeon”? (With of course a film and stage-show…)

free Joomla templates
Back to top